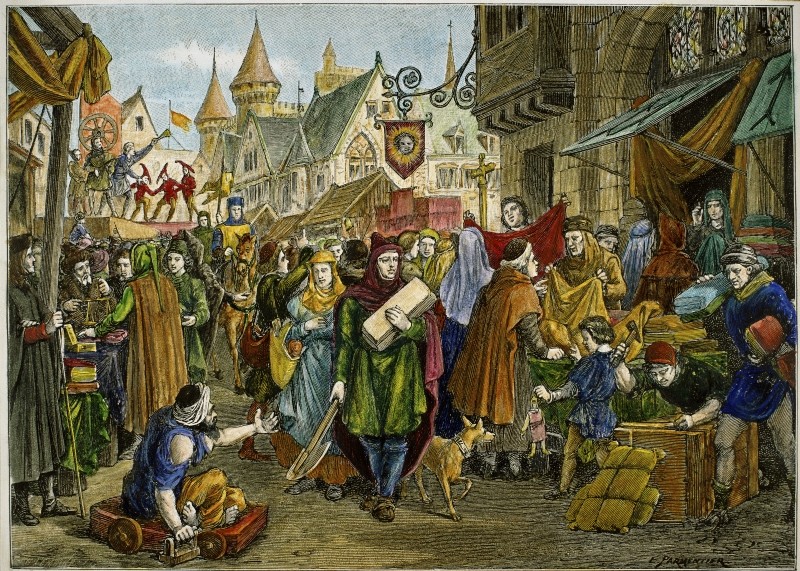 What do you think of when I tell you to picture a Medieval village? Do you think of castles with knights riding by in full armor and plumage, waiting for a damsel in distress fairy tale to happen? Or, for you history buffs, do you think of the depressing side of that time? Disease, filth, starvation, war, and crime were only a few of the issues people had to deal with on a daily basis. For the sake of this story, I want you to clear your head of all notions you have of a Medieval village, and rebuild them with the rest of this post.

When I say that this is a Medieval village, I am using the term loosely for clarity’s sake. The technical term for the time period is the Early Modern Period in Europe. To be precise, The Island of Treomynd first takes place in England in the late 1500’s, when Queen Elizabeth I is on the throne. It was a transitional period for all of Europe from the Middle Ages to the Industrial Revolution. The human population was slowly beginning to learn from its past mistakes, and a comfortable lifestyle became more and more common. England had just finished adjusting to an exceptional change of having Elizabeth I as its monarch. Shakespeare was alive and thriving, along with the entire country under her rule. Because of Elizabeth I, England was one of the most powerful forces in the world, both in war and in politics.

Now, allow me to step off my historical soapbox and bring you back to the village. With this context in mind, the village is not a depressed, dying place. It is not terribly memorable in terms of size or reputation, but it lives and breathes as if it were one giant being. With each passing day, its inhabitants sleep and rise with the the sun. The heart of this village is the small estate; a castle with lords and ladies and droves of servants. Everyone living within the castle walls are connected in some way or another, being born and raised there, or brought in on other terms.

The Island of Treomynd visits both the inner workings of the castle, as well as the small huts surrounding it. The serfs and other members of the village often gather in the plaza outside the castle to gather food and any new gossip. Small circles of friends are common, as well as meeting people for the first time despite having lived so close together. It is a busy area, full of shouting and carts traveling every which way while children chase each other through the chaos. Merchants haggle prices in their own personal stalls to get the best price on their unique goods. One stall is for vegetables, another for fabric, another for cheese and milk, another for wool, etc. One of the larger buildings near the plaza is the carpentry hut, which attends primarily to the needs of the castle, but helps with the village as well. Anyone can come in and order what they need, whether it be a chair, table, or even a new carriage. 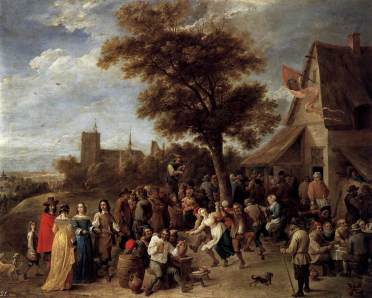 As for the huts themselves, one can see the mixture of two time periods in their structure. The Early Modern Period manifests itself in the sturdy brick and white plaster covering the walls, while the Medieval times are slowly fading away in the red roofs; a mixture of brush and mud that may or may not hold up for the winter. Personal livestock are often kept in a barn adjacent to the huts, with the fields nearby for work. Most villages were surrounded on all sides by fields that were owned by the Lord of the estate, but this one is different. The village lies on the edge of a vast forest that many regard as a place of both evil and wonder; people rarely go in for fear of the unknown.

The villagers are what make this small estate not only survive, but thrive. Every class and rank can be spotted in the village plaza, but for the majority of the day, everyone knows their place. The serfs, who are bonded to the land by their debts to the Lord, live in the small huts closest to the fields. Meanwhile, other low-class villagers who are not bonded to the land preside on the half of the estate that borders the forest. One can see their daily work etched into their tan faces and slender frames, and they value family and friendship almost as much as wealth. Meanwhile, the highest-ranking castle dwellers are well-fed with fine clothing of the rarest fabrics. They are proud of their pale faces and daily amusements at court. The servants are the only in-between of the village; too low in rank to enjoy any true wealth or amusements, but still better off than the serfs in the outside world.

A person’s village was often their whole world, because few could afford to travel abroad unless they were a merchant. I am telling you about this unknown English village because, for most of the characters I am going to describe to you, this village is all that they know. They have been born and raised here in a simple, monotonous life. However, one particular villager decides to make a choice for herself that sends her on a surprising adventure. That is how my story starts; out of this small world, a young girl decides to take a chance, and another one is born.

2 thoughts on “Before the Island: The Village”